Facebook has changed the scope of our social landscape and how we connect with one another. Never has there been a larger social network in existence. As of the second quarter of 2019, there were 2.41 billion active members worldwide (those numbers continues to grow). That’s almost Earth’s entire populace in 1960 at around 3 billion people!

Our population, along with our communications and technology, has grown exponentially since then. Now, what one shares online can reach practically anyone anywhere on the planet; with exceptions of China (not including Hong Kong), Iran, and North Korea.

These countries have put a censorship on the social media platform. China’s reported issue was because of Xinjiang independence activists using Facebook as part of their communications network. Riots took place in July 2009 through the group’s activities. This use of Facebook and the hive mind mentality stirred concern of possible future uprisings.

China’s dominant Communist Party stepped in to stop this idealism from spreading further into their society. For similar reasons, the other countries have also banned and censored the use of the social media platform.

Hive Mind – an entity produced by social constructs or institutions, consisting of numerous people, who share their knowledge or opinions with one another in a collective intelligence or consciousness.

Facebook, the world’s largest digital community, is prone to have hive mind mentality and activity. Although the definition at times is associated with a negative connotation, it can be quite productive and beneficial for both its members and the population at large (like an actual beehive producing honey).

The example above illustrates people truly coming together through social media to live action; in making a change, for better or worse. Sometimes it’s just a matter of perspective; or what or whose side you’re on. Sometimes it’s just the bees protecting their queen or honey.

Facebook is no stranger to debates and taking sides; whether it be about politics, sports, or entertainment. At least in America we still, for the most part, have the right to free speech. The way these community sites share a common mind frame most often doesn’t lead to violence as in the Xinjiang case. That doesn’t mean this type of thinking isn’t without its faults. Just as change or confrontation is inevitable, so is human error.

What causes this ‘hive mentality’ group think, and how does it all come together on a social media network? Let’s explore the ways human minds become one with the system and how they and society can be affected.

Behaving: Laws Within A Digital Community 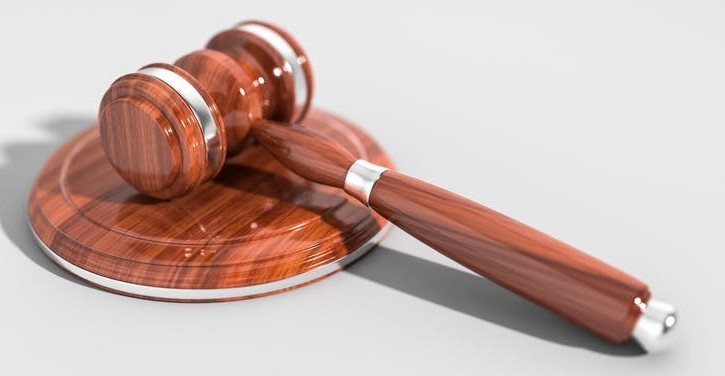 With any club or network, there are a general set of rules. People are encouraged to behave when participating on the public forum. Those who don’t, simply get ignored, suspended, banned, and in extreme cases, arrested. Facebook, according to its Community Standards Part I section 2, lists Dangerous Individuals and Organizations as not having permission to have a presence on its site.

Members joke about going to Facebook jail when they get reported and temporarily suspended from the site. These reasons include expressing non-serious back-handed threats, pornographic pictures or videos, obscenity, or the like. In the extreme cases, Facebook claims it will work with law enforcement if they believe the threat has a genuine offline risk of physical harm or direct threats to public safety.

What we first begin to see here, is that the online community reflects, to a high degree, actual face-to-face social engagements. People get angry, argue, and hurl insults at each other on Facebook and online all the time. It is imminent in any large group that some will not always agree or get along. But all understand that there can be consequences for however they act or for what they say. And within this reflection of common life, most go along respectively to the rules.

Of course, there will always be those that push the limits. These instigators enjoy agitating the reserved colony’s demeanor; as the consequences are not usually as severe as real life consequences can be. These provocateurs enjoy the disruption, and feel secure hiding behind their keyboards. That is until they really screw up and no longer can hide (more on that later). But most online taunting and off-the-cuff remarks are usually taken with a grain of salt by the community.

The first reason members and their minds become one with the system is, for the most part, they don’t want to get in trouble or exiled. 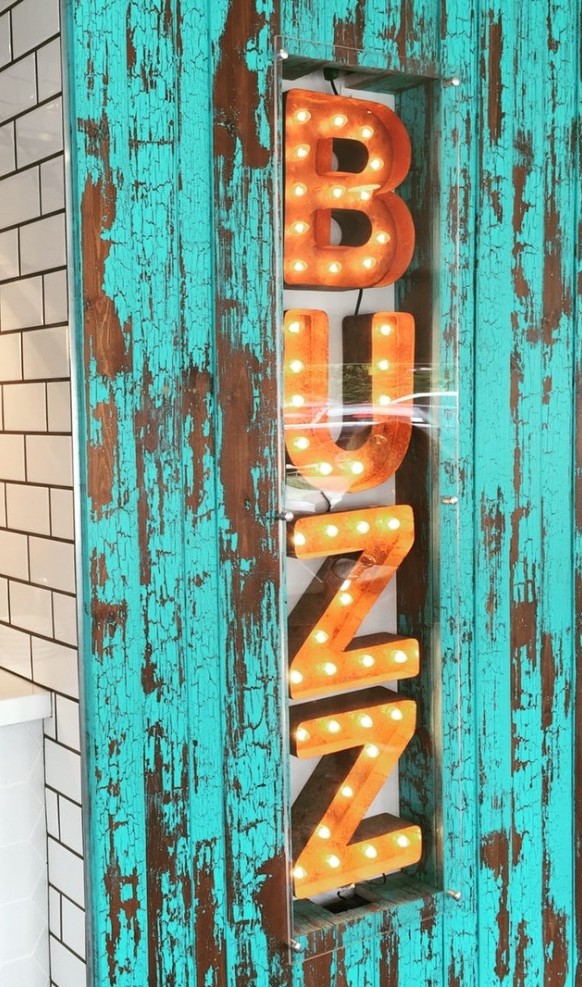 The hive mind comes to life and into action at such occasions as political rallies, music concerts, and professional sports events. Circumstances such as these can create the same thoughts and emotions at the same time amongst nearly all in participation. One can witness an entire crowd’s communal agreements becoming concerted in either cheers or boos; filling an entire auditorium or stadium.

This expression of thought in unison comes from a shared belief, idea, attitude, representation, or knowledge. A common bond (perhaps a cause or objection) is created between the members. All involved have a vested interest. An active choice and effort is made to participate in these events.

Friends commonly share their favorite sports statistics, concert attendance, political views, and opinions of favorite Netflix series. Current events, and every kind of viewpoint associated with them, saturate the viewer’s news feed. To enjoy the flow of the conversation, other members participate through comment threads and share their perspective; or at times redirect the whole topic altogether.

It is fun and natural to want to be a part of a topic of interest; all the while absorbing the energy from the interaction with friends, family, and acquaintances. Members gather from all over to Facebook to find out:

The list of common interests goes on. People engage in all kinds of like-minded activity on Facebook. There is a sense of harmony in the group. It’s the energetic buzz of the hive. 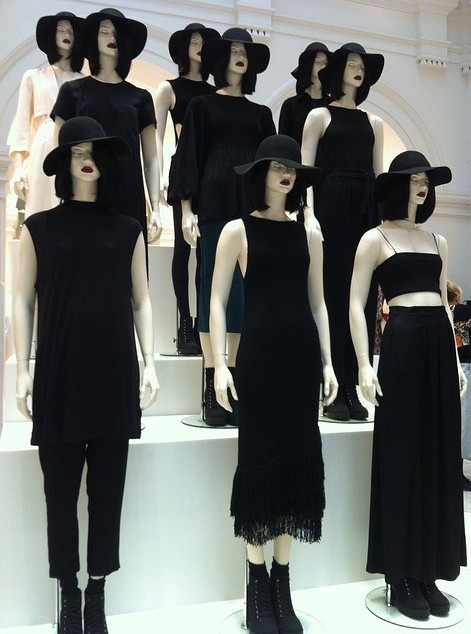 People have a natural tendency to want to fit in or conform to a group in the desire of an identity, sense of belonging, or out of fear of rejection. When an individual conforms, the group is less likely to act critically towards them. This creates a level of comfort within the membership. Facebook’s harmony stays together when everyone behaves and sticks to the normal protocol of what is shared.

A member challenging the unity of thought can be met with resistance. If someone presents a radical idea, edgy joke, or severely negative comment towards someone or something, it disrupts the hive mind and the individual becomes a buzz kill. The community can be like an angry swarm of bees; attacking in groups towards one person and their unaccepted online behavior. This is witnessed in comment threads and sometimes by being shared on the news feed to all other friends.

This anomalous behavior disrupting the harmony can lead to exile. If guideline rules aren’t broken and the perpetrator remains active on the site, members can unfollow, unfriend, or even block the rejected Facebook friend. Behavior includes, but is not limited to:

The reject can go viral if the behavior is extreme enough. Then there is no more hiding behind a keyboard or ability to share thoughts freely. In a lot of cases, a person receives threats of physical harm or death. A person’s real life reputation can become tarnished, and their life in danger, for their deviant online behavior.

It’s not always a singled out individual who can bring chaos into the bunch. What if the whole group’s harmonic energy gets misdirected? The act of conforming in itself can then be the problem.

People will agree with unsound doctrine or ideals to not cause a deviation from the group’s harmony; possibly even be into the hype of a radical idea. This kind of conformity can result in irrational or dysfunctional decision-making; along with personal accountability becoming absent.

Friends can be influenced by their peers to adopt certain behaviors on a largely emotional, rather than rational, basis. In sharing an illogical or feeling-based mind frame, a trade-off of free thinking is sacrificed and members become akin to displaying herd behavior.

Sheeple – a derogatory term referring to groups of people who mindlessly follow others or those in power; usually through the news, popular media, or government. Individual expression lacks any unique or original qualities and it is derived from social conformity.

Knowledge, thoughts, and resources repeat; or only expand from recycled notions, ideas, or hype. People just can’t seem to think for themselves in these cases. It is easy to blend in simply by mimicking the group and going along. That doesn’t necessarily make it a wise choice.

Parents warn us in this regard to not go jumping off bridges with our friends or the masses. They’re suggesting us to not be gullible members of like-minds and make bad decisions.

It can be unhealthy for people following in these factors individually or in unison. There have been such instances as:

In some of the cases above, Facebook will step in to try to stop the hive mind actions from transpiring. (You can only block your Nickleback-following friends. No help from Facebook there.)

Most of the hive mind is sound. The weak and deviant minds need to be monitered to not affect the hive mind’s harmony. Conformity in its simplest terms and intentions helps with the flow and function of society.

Overall, the hive mind mentality tends to think and act as a peaceful community on Facebook. It is a highly functional, supportive group, where alliances are made and people learn a thing or two about their friends and the world at large. By coming together as a dynamic group, resources and knowledge have been shared at an unprecedented level.

Threats to the peaceful nature of the hive are usually dealt with a healthy attitude by the community for resolution. Facebook itself will step in to remove threatful behavior or activity to maintain balance and safety in its numbers. In a lot of ways, the social media network is a family show, and inappropriate conduct gets censored.

Facebook has become a new traditional way of people documenting and sharing their life and family functions. Members get to view rites of passages happening within their friends newsfeeds. These special events include:

All these experiences are put on visual and/or audible digital record. One can witness family values, beliefs, and traditions getting passed down through generations. Unfortunately, we will hear and find out when a loved one passes as well. This kind of hive mind mentality and activity is, once again, a reflection of our current lives.

People move on and die, but the Hive Mind lives on in perpetuity.

THANKS FOR READING! FEEL FREE TO LEAVE ANY QUESTIONS OR FEEDBACK IN THE COMMENT SECTION BELOW!

Sliding Into DM’s | Reading Between The Lines

Welcome to Human FIgure Of Speech. My goal here is to have fun educating, entertaining, and contributing to the understanding of ourselves and one another. I hope you have fun reading my material and learning new things about human behavior and how to read people!